You may have read some of my other posts about my clutch saga.

To summarise... Clutch started to slip on the eve of a mate pumping mine about 100 times, not sure if that contributed to it or not.

I'd done an oil change of that V300 but it was a good month before and no issues, but all of a sudden, it was slipping.

I decided to replace the lot. She's had:

I took her for a ride and wow, clutch a fair bit lighter with the new Oberon slave cylinder, a nice upgrade. New ASV levers also made a nice difference on both brake and clutch.

On the way home, building her up slowly, tried again, 6k rpm and slip again, said you gotta be effin jokin!

Tried again a little later, wound it on 4k rpm and she slipped again.

What else is there left to change? How can this still be slipping with new oil, filter, everything, this is madness.

The only thing left now is the clutch master cylinder perhaps?

So if anyone is mechanically minded, can you explain what happens during a clutch slip, what would cause it? And if this happened to you where would you guys start?

Is it a case of the clutch is slightly engaging during drive and when warp speed kicks in it can't take it and slips? I don't know how else to picture this.

I've got hospital in a few days time and this just ain't running, I'm so gutted, spent almost a grand on this thinking do it once do it right and she's still slipping.

Until then, another 14 rider stuck at home, sobbing lol.

Joined Sep 28, 2020
·
479 Posts
Umm
What part number were the Steel Plates ?
Remind me again was it Fully Synthetic Castrol Oil that went in this time ? Save me trawling through your last Thread. 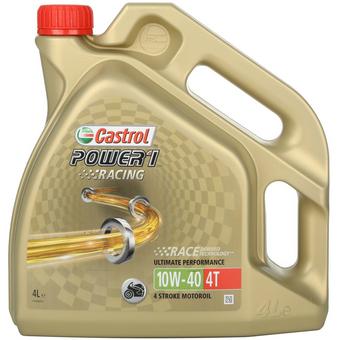 I think its a semi synth, I put my reg in and it said it was suitable for my bike. They did a non racing version and that said it wasn't suitable, so I trusted in the site.

I don't have the part number for the steels to hand but I remember it being the standard one offered. It wasn't the thinnest or thickest it was the middle one which was almost identical to the ones in the bike.

I was thinking of buying a new clutch master cylinder tomorrow, its not cheap at £330 but literally there is nothing else left to replace after that. Maybe the master cylinder has failed inside, everything else is new.

Joined Aug 17, 2008
·
58,899 Posts
I would go back to your lever.
If bike is shifting fine and then only thing I can think of is the lever is not letting the MC fully engage the clutch.
Do you have any free play at the lever?
I'm not sure if there is any with OEM levers
If there is just a slight touch on the MC then it will slip
Hope that made sense

Joined Aug 31, 2021
·
86 Posts
I installed new ASV levers today and I didn't want to ride the bike until I got new levers as the others I was using was cheap pazzo copies and inside the cheap levers the sleeve with the hole in for the pin was locked solid so I figured that could be causing all my troubles.

New ASV levers went in, felt really good, don't think there is any free play but I did notice the biting point is way at the end now meaning almost fully out and not as soon as you start to release like before, but that could be to do with the new oberon slave cylinder.

I was thinking of buying a new clutch master cylinder tomorrow, wondering if anything in there could be causing this. There is nothing left to replace after that.

None of these replacements have helped so I must be missing something.

Joined Aug 17, 2008
·
58,899 Posts
I started my bike on the stands
I have about 1/8" free play in the lever before I feel any kind of pressure on the MC
I put it in gear and the clutch lever goes about half way out before the rear tire spins while keep slight pressure on the rear brake
Hope that helps

Joined Aug 17, 2008
·
58,899 Posts
I just looked at the service manual and there is no free play adjustment
I wonder if aftermarket ones need to be modified?
I'm just guessing at this point but since everything was fine when it was cold I think things are heating up and expanding and your losing any kind of free play
Just trying to help. Hopefully someone has a definite answer

Joined Aug 31, 2021
·
86 Posts
Thanks mate appreciate you checking the manual and taking time to reply.

Ok some developments on this issue.

Today I went back into the garage to inspect the lever. I thought back to how I installed it.

When I disassembled it I had a good look around the components and familiarised myself with them.

I pressed the clutch master cylinder piston in with my thumb and realised it didn't take that much pressure even by hand to move it.

So when I installed both this new ASV lever and my last one, the hole in the master cylinder which accepts the pin which goes through the lever, well that hole has never been clear, I have always had to put pressure on the lever to pop the pin in.

My theory now is, maybe in doing do I have inadvertently depressed the piston in, causing the clutch to be slightly engaged during drive.

Does this make sense and sound probable do far guys?

Here are 2 pics to help better explain it.

Pics 1 - This shows how the hole isn't clear and I am having to depress to get the pin in, I am hoping this is whats causing the slippage.


Pic 2. This shows the original pin. Now in the instructions it says if you want more free play use the enclosed pin, however one didn't come in the box. I have spoken to Calsport who are going to
speak to ASV to try and send me the right pin.

Based on this new information, do you guys think that this could be the culprit?

And ... yesterday I did a 60 mile ride and it slipped good twice, once at 6k rpm and once at 4k rpm, if it was slightly engaging then it was for the whole ride. Could that have fried my clutch? The bike actually rode nice until I started to give it some.

Joined Mar 22, 2008
·
13,434 Posts
I think you should have started at the master, where your buddy was jerking the lever off. I've heard aftermarket levers can be sketchy, but I think it's the M/C itself that's causing the problem. The easiest way to tell is to swap in a known good master and test. If you need one, I have one f/s or if you just want to try it to confirm, I'd be happy to mail it to you (at your cost + return, of course)

Clutch fluid is much more subjected to heat than brake fluid, believe it or not. Heat can cause the fluid to expand (the real reason for those naff socks racers put on the reservoirs) and if something in the master is not allowing the fluid to return to the res, the pressure can force the slave to partially disengage the clutch.

I too am thinking about a possible faulty master.

I appreciate the offer to send me one to test, that's very good of you. I am in the UK though lol. I can just order a new one as a course of future proofing me on the bike so that it has some longevity.

So moving forward, I'll try and get that shorter pin from ASV as well as order a new clutch master, and if it doesn't work then, I'll turn it into a nice bonfire lol.

Received brand new Kawasaki levers today, went to install the clutch lever on the bike and, same problem as with the ASV's.

It appears, to me at least, that in this very action it is depressing the master cylinder piston which I am theorising that because it's engaged
this is what's causing it to slip.

I have taken some pics and a video clip.

What would be my next move now?

Could bleeding change this? maybe being bled with the different levers on. I am not sure why the piston is so far out, but then again the
circlip stops it going any further.

Some pistons have a return valve in them, I am not sure how this works, but after this, there isn't anything else left that I can replace that I am aware of.

Do you guys know anything about this piston and its specific function? And do you think this could fix it?

I have a 7-10 day wait now. Gutted. Since I got this bike it's just been mods and repairs lol desperately wanna ride and this slip is only thing stopping me now.

Parts ordered were the central one, 2 of, those being:

2. I would take a close look at both the clutch drum outer, and the clutch inner, checking for grooves where the plates interface.

4. I would look at shimming the clutch springs, or using HD springs from Vesrah, Barnett, or another reliable source.

I've replaced the master cylinder with an updated Oberon unit with a bigger piston which is supposed to reduce clutch feel by 30%. Adding this didn't make my problems any better or worse.

The whole clutch plates and steels have all been replaced with new kawasaki parts.

I think it spins in most gears when I give it some, this video at the 4 minute mark shows what's going on.

I examined the old piston inside the clutch master and couldn't really see any signs of any problems really. Still I installed the new one after I'd gave it a clean out.

I went to put the new lever on and the same situation of having to depress the piston a 3-4mm to get the lever to line up in the housing for the pin to go through that holds the lever to the master cylinder.

I then proceeded to bleed, it took a while but what I noticed was that the lever was springing back with more force than before, so there was a change. What caused this change I don't know.

So at the moment I would say the clutch is not spinning, I've wound it on in each gear above 6k rpm and it's been fine.

Some pics which some may find of interest, what I did noticed is in my old levers the clutch lever on the right you can see where the pin sits from the master cylinder piston into the lever itself it's like mashed up the lever, this could have been the entire cause of the whole damn problem, if this had somehow failed holding the lever in causing the slip, because I recall the lever not springing back correctly with those levers on.

Thanks so much for everyones help and putting up with me during this nightmare and helping me with advice.